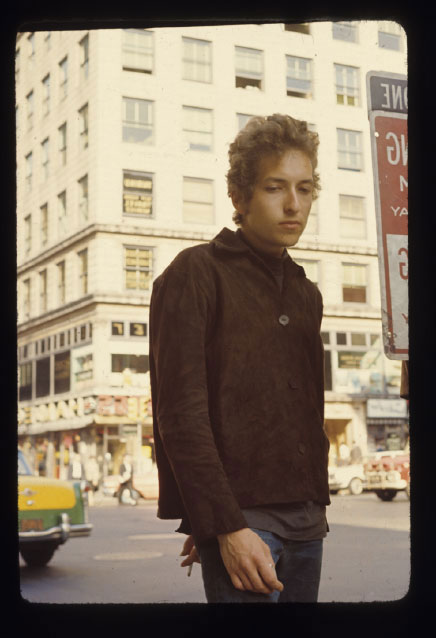 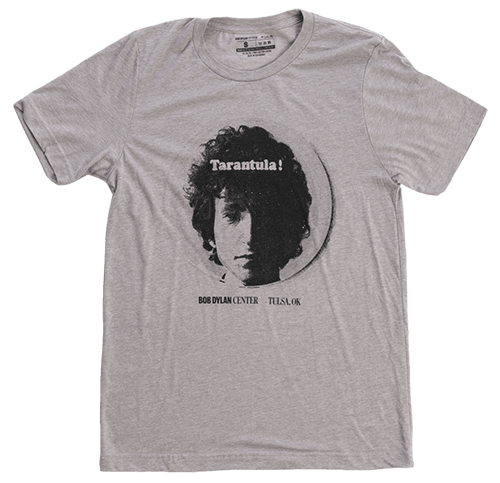 Memberships to the BDC are now available for the first time, entitling
members to unlimited admission to the center, first access to admission
booking, discounts on exclusive merchandise, private tours and more.

TULSA, Okla. (November 16, 2021) — In advance of the Bob Dylan Center’s (BDC) grand opening on May 10, 2022, the center’s archivists have newly acquired a priceless trove of early Bob Dylan recordings and other one-of-a-kind tapes, journals, books and historical elements to add to the more than 100,000 exclusive cultural treasures found in the Bob Dylan Archive®.  These acquisitions shed new and revealing light on Bob Dylan’s formative years as an artist, and will increase the public’s understanding of the myriad influences and environments that forged one of the world’s most important cultural figures.

Memberships to the Bob Dylan Center are now available for the first time, at bobdylancenter.com/support.  An array of levels will provide members with unlimited admission to the center when it opens on May 10, 2022, plus first access to admission booking, discounts on exclusive merchandise, private tours and more.

Details of the new acquisitions are as follows:

The proceedings were recorded by musician Jeff Chase.

Revealed on a second reel is the Madison Party Tape, a home recording of Dylan and friends performing folk songs at a social gathering, also recorded circa winter 1960–1961.  The recordings found on both of these tapes bring clarity to what had been a critical gap in Dylan’s history, shedding important light on his development as an artist.

The Bailey Tapes consist of more than a half-dozen previously unknown and largely unheard open-reel tapes recorded in New York City in 1961 and 1962 by noted folk and calypso enthusiasts Milton (aka “Mell”) and Lillian Bailey.  The Baileys, whose apartment at at 185 3rd Street served as a sort of salon for the vibrant Greenwich Village folk music scene, acted as documentarians of one of the most critical moments in US popular music history.  Along with recording intimate private parties that attracted the likes of Bob Dylan, Paul Clayton, Cynthia Gooding, Bruce Langhorne, Ian and Sylvia, Dave Van Ronk, Tom Paxton, and Ramblin’ Jack Elliott, they captured and preserved pivotal radio broadcasts from New York City stations WBAI and WRVR.

Included in these recordings is a Bob Dylan performance from autumn 1962, in which the young artist sings the earliest known renditions of his compositions “Oxford Town” and “Don’t Think Twice, It’s All Right,” as well as the July 29, 1961 “Saturday of Folk Music” hootenanny at Harlem’s Riverside Church, where Dylan first met girlfriend Suze Rotolo who appears on the cover of the classic The Freewheelin’ Bob Dylan album.

The Toni Mendell Tapes represent the first complete extant recording of Bob Dylan performing at Carnegie Chapter Hall on Nov. 4, 1961.  This concert was the first major solo performance of the young singer’s career, organized by Folklore Center proprietor Izzy Young shortly after Dylan signed to Columbia Records.  Within two years he would headline the main stage at Carnegie Hall.

This complete concert tape contains seven songs that have never been in circulation, including “He Was A Friend Of Mine.”

In 1951, Smith moved to New York City where he began his most well-known work, The Anthology of American Folk Music. Issued in 1952 in three volumes, the anthology of 84 music tracks from commercially recorded 78 rpm records marked the first time a collection of music was curated and presented as a unified work of art.  It became an inspiration to the generation that launched the folk revival of the 1960s and still reverberates throughout our culture.

Located in Tulsa’s burgeoning arts district just steps from the city’s renowned Woody Guthrie Center®, Bob Dylan Center is being designed by renowned architectural and exhibit design firm Olson Kundig, led by design principal Alan Maskin. The BDC will feature cutting-edge and immersive technology in a multimedia environment that is designed to be as impressive and revealing to visitors new to Dylan’s work as it will be to long-time fans and aficianados.

59 Productions, world-leading specialists in design for stage and live events (including the Opening Ceremony of the London 2012 Olympic Games, the record-breaking David Bowie Is exhibition and the decor concept design for the Met Ball), is collaborating with Olson Kundig on the exhibition design and media development.

In revealing the existence of the Bob Dylan Archive to the public in 2016, Ben Sisario wrote in The New York Times, “It is clear that the archives are deeper and more vast than even most Dylan experts could imagine, promising untold insight into the songwriter’s work.”

The three-story façade of the Bob Dylan Center will face downtown Tulsa’s hugely popular public gathering space, Guthrie Green, and will depict a rare 1965 image of Dylan, donated to the center by renowned photographer Jerry Schatzberg.

Both the Bob Dylan Center and the Woody Guthrie Center operate under auspices of the American Song Archives, a project of the George Kaiser Family Foundation (GKFF).  GKFF acquired Dylan’s vast archives in 2016 and Guthrie’s in 2010.

Information regarding public admission to the Bob Dylan Center will be released first to members and later to the public in early 2022. 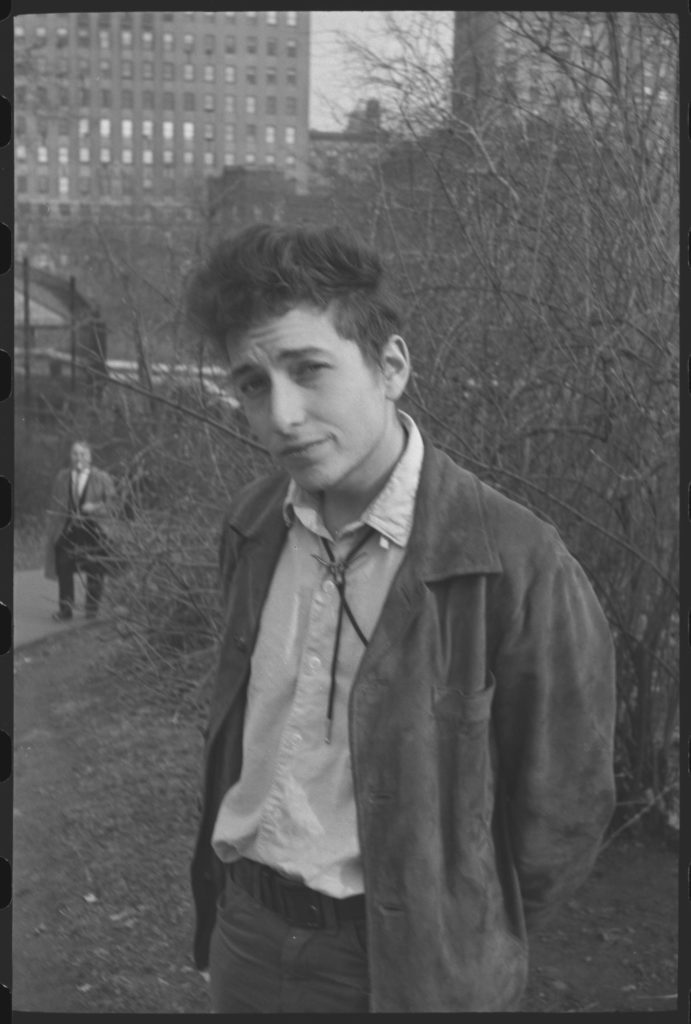 A never-before-seen image of Bob Dylan in Central Park, New York City, photographed by Gloria Stavers in 1963.  This photo was donated to the Bob Dylan Archive by Jeff Gold, Recordmecca.

About the Bob Dylan Center®

To be anchored by a permanent exhibit on the life and work of Bob Dylan, the Bob Dylan Center is committed to exploring the myriad forms of creativity that enrich the world around us. When it opens in the Tulsa Arts District in May 2022, the center will serve to educate, motivate and inspire visitors to engage their own capacity as creators. Through exhibits, public programs, performances, lectures, and publications, the center aims to foster a conversation about the role of creativity in our lives.

As the primary public venue for the Bob Dylan Archive® collection, the center will curate and exhibit a priceless collection of more than 100,000 items spanning Dylan’s career, including handwritten manuscripts, notebooks, and correspondence; films, videos, photographs, and artwork; memorabilia and ephemera; personal documents and effects; unreleased studio and concert recordings; musical instruments, and many other elements. More information at bobdylancenter.com.

About the George Kaiser Family Foundation

The George Kaiser Family Foundation is a Tulsa-based charitable foundation dedicated to providing equal opportunity for children through investments in early childhood education, community health and civic enhancements. Part of the George Kaiser Family Foundation, the American Song Archives operates the Woody Guthrie Center and the future Bob Dylan Center, and preserves and maintains the archives of these and other important American artists. More information at gkff.org.

Now in its sixth decade of practice, Olson Kundig is a collaborative design practice whose work includes cultural and museum projects, exhibition design, commercial and mixed-use design (including wineries and sports facilities), private and multi-family residential, hospitality projects, places of worship, interior design, product design and landscape design. With deep roots in the Pacific Northwest, the firm and its staff of over 200 work with clients around the world. More information at www.olsonkundig.com.

59 Productions is a multi-disciplinary design studio with a passion for ‘story-driven design’. Our work spans a broad range of disciplines including design for the stage, exhibition design, architecture, projection-mapping and large-scale events, as well as VR, AR and interactive design. Regardless of the medium, 59’s approach is based on the harnessing of innovative thinking, extensive research and world-class design skills to create memorable story-telling experiences. More information at 59productions.co.uk.

“It’s that well-known quality of his personality, Dylan’s mysticism and sheer elusiveness, that gives the Archive extra weight, and provides rich insight into not only his creative process but the world that’s spun, tornado-like, around him.”

“... it is clear that the archives are deeper and more vast than even most Dylan experts could imagine, promising untold insight into the songwriter’s work.”