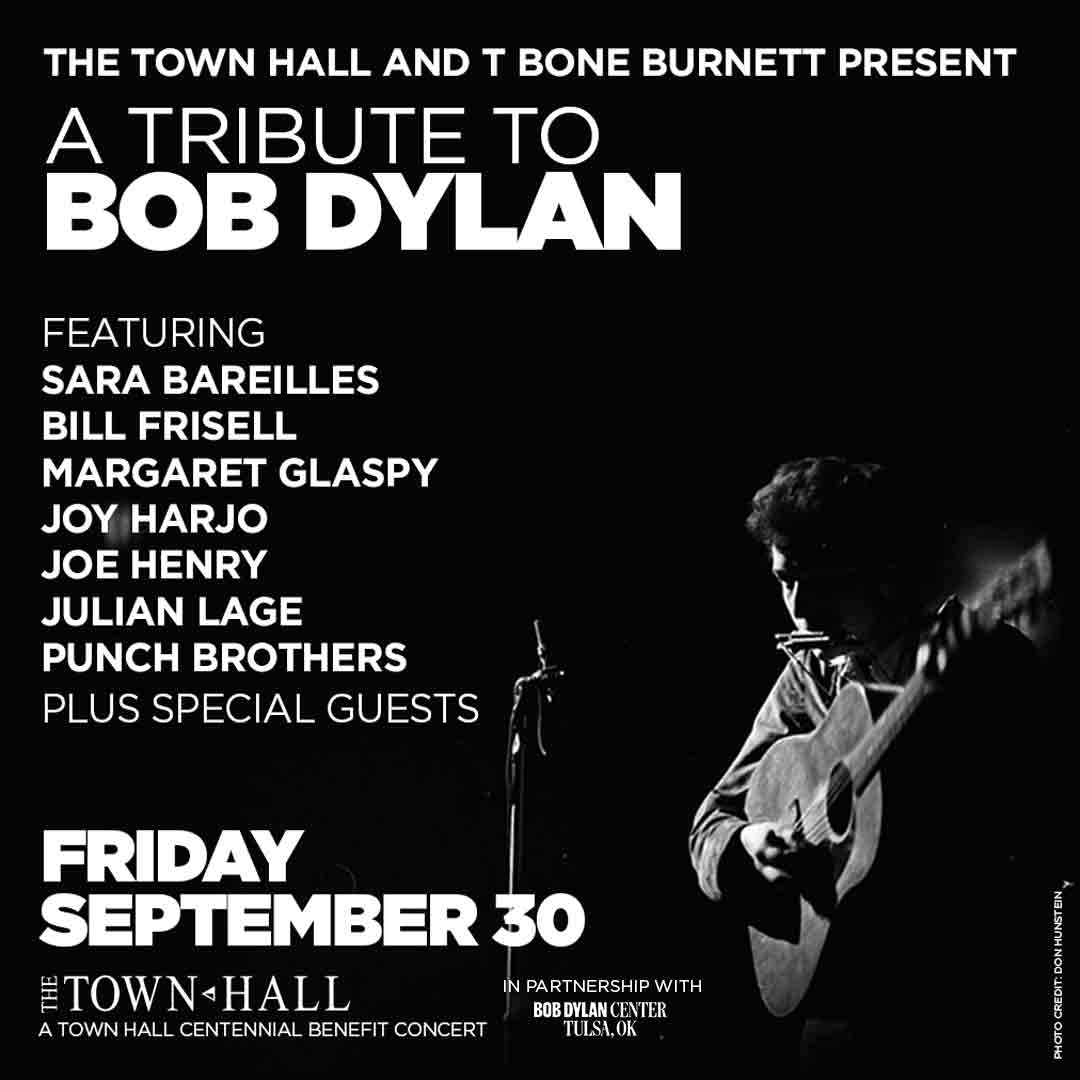 The Town Hall and T Bone Burnett are proud to present A Tribute to Bob Dylan in partnership with the Bob Dylan Center® on September 30, 2022 at 8pm. Curated by multiple Grammy- and Oscar-winning producer, songwriter and artist T Bone Burnett, the show will feature performances by a diverse array of artists, each performing songs written by Dylan spanning the Nobel laureate’s illustrious career. This concert event will commemorate Dylan’s landmark 1963 debut at the Hall, and all proceeds will benefit The Town Hall. Artists scheduled to perform at A Tribute to Bob Dylan include Sara Bareilles, Bill Frisell, Margaret Glaspy, Joy Harjo, Joe Henry, Julian Lage, Punch Brothers, plus special guests.
Bob Dylan Center members will have access to ticket presale from Tuesday, August 9 to August 12, ahead of public opportunity. Become a member at bobdylancenter.com/memberships.
Founded and built in 1921 by The League for Political Education, a suffragist organization, The Town Hall became world-renowned for its civic events and for its history of debuts and inclusivity. While the 20s and 30s at the Hall were best known for classical music debuts like that of Isaac Stern, Marian Anderson and Pablo Casals, the 40s and 50s were known for both classical and jazz concerts, including Billie Holiday’s debut, Glenn Gould’s debut, Leontyne Price’s debut and Nina Simone’s debut.

Bob Dylan’s debut in 1963 marked an important milestone in both his career and the trajectory of the hall. Dylan’s Town Hall debut moved the young Greenwich Village based singer-songwriter uptown and to the largest hall he had performed in at that time. For The Town Hall, it is a major milestone of the Hall’s turn to protest music and the folk revival of the 60s and 70s. After Dylan came performances at The Town Hall by Judy Collins, Pete Seeger, Leonard Cohen and more.

T Bone Burnett’s relationship with Bob Dylan stretches back to the 1970’s when he was invited to be a guitarist on Dylan’s legendary Rolling Thunder Revue tour. T Bone’s connection to The Town Hall goes back almost as far, including numerous performances on stage, and his production of concert events like the 2013 production of Another Day, Another Time, presented by the Coen Brothers in celebration of their film Inside Llewyn Davis. That show featured Elvis Costello, Joan Baez, Patti Smith, Rhiannon Giddens and many more, and this concert event will present a similar lineup of exciting artists.

“Town Hall has been the location of many fateful moments, and I’m grateful for the invitation to celebrate one of those historic evenings on the 60th anniversary of Bob Dylan’s first concert there,” said T Bone Burnett. “He sang twenty four songs that night, all of which have been woven into the fabric of our culture. We are going to play a few of those songs, and we are also going to celebrate the sixty years of songs that have followed that night.”

“As The Town Hall reflects on its role in New York City and the world, we are turning to the great artists and movements that have shaped who we’ve become,” said The Town Hall’s Artistic Director Melay Araya. “There’s no one more befitting of celebration than Bob Dylan, whose lyrics have carried us through personal and social tragedies and transformation repeatedly over the last six decades. We can think of no one better to partner with than Dylan’s close collaborator and friend of our hall: the legendary artist T Bone Burnett.”

The Town Hall is proud to partner with the newly opened Bob Dylan Center in Tulsa, Oklahoma on the show, an exhibition at the hall and the educational component to the celebration. September’s tribute is the Bob Dylan Center’s first public event out of state.

Steve Higgins, Managing Director of The American Song Archives in Tulsa, which oversees the Bob Dylan Center, said, “We are thrilled to be partnering with T Bone Burnett and The Town Hall to help present such an exciting and prestigious celebration of Bob Dylan’s impact on our culture in the decades since he first performed on Town Hall’s stage. T Bone has curated a great lineup of artists, and the event promises to be a wonderful evening of music.”

The Town Hall’s mission is to provide accessible world-class entertainment by new and established artists to a diverse audience; to inspire the youth in our community to appreciate and participate in the arts at The Town Hall and in schools through our Education Outreach Program; and to preserve and enhance The Town Hall as an historic landmark venue for the enjoyment and cultural enrichment for generations to come.

The Town Hall kicked off its centennial celebrations last summer at Bryant Park with a show led by Chris Thile that included artists Zakir Hussain, Cécile McLorin Salvant, Emily King and more. That program is currently airing on PBS All Arts and NJ PBS. 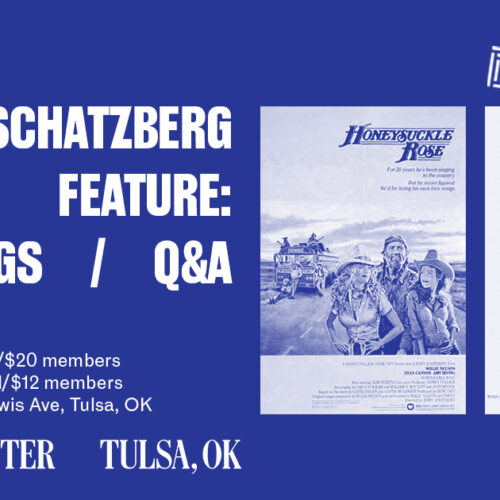